An interview from the 2019 National Association of Broadcasters Convention in Las Vegas with Marc Shipman-Mueller of ARRI. With headquarters located in Munich, Germany, ARRI was founded in 1917 and is the world's leading designer, manufacturer and distributor of motion picture camera, digital intermediate (DI) and lighting equipment. The ARRI group comprises a global network of subsidiaries and partners covering every facet of the film industry, including worldwide camera, grip and lighting equipment rental through ARRI Rental; turnkey lighting solutions through the ARRI System Group; and film production, postproduction, lab services, visual effects and distribution through ARRI Media.

Following in ARRI’s long tradition of manufacturing rugged, reliable cameras, ALEXA Mini LF is built for a prolonged life of tough usage in challenging professional conditions. With a hard-wearing carbon body and a uniquely wide temperature range of -20° C to +45° C (-4° F to +113° F), each ALEXA Mini LF is put through a vigorous stress test before leaving the ARRI factory and is then supported by ARRI’s global service centers.

While ALEXA Mini LF is compatible with almost all ALEXA Mini accessories, it brings significant enhancements to the Mini camera design. Among them are extra connectors, including regulated 12 V and 24 V accessory power; a new 6- pin audio connector; built-in microphones; and improved WiFi. Six user buttons now adorn the camera’s left side, and the camera and viewfinder each have their own lock button, while user access to the recording media, and VF and TC connectors, has been made easier.

ALEXA Mini LF allows internal recording of MXF/ARRIRAW or MXF/Apple ProRes in a variety of formats and aspect ratios, and is the first camera to feature the new Compact Drive recording media from Codex, an ARRI technology partner. Small and lightweight, but solidly built, the 1 TB drive offers a reliable, affordable recording solution. With it comes a USB-C Compact Drive Reader that can be used without any extra software or licenses on Mac or Windows computers. In addition, a Compact Drive Adapter can be used in any dock that accepts SXR Capture Drives, potentially more than doubling download speeds.

Another development from Codex now makes large-format shooting a more practical and budget-friendly option: Codex High Density Encoding (HDE) uses sophisticated, loss-less encoding to reduce ARRIRAW file sizes by around 40% during downloading or later in the workflow. This lowers storage costs, shortens transfer times, and speeds up workflows, which translates to a direct 40% saving in time and money. HDE is free-of-charge for use with Codex Capture or Compact Drives, openly shared, and fast: ARRIRAW Open Gate 4.5K can be encoded at 24 fps on a modern MacBook Pro.
At the heart of ARRI’s new MVF-2 viewfinder for the ALEXA Mini LF are the same high-contrast HD OLED display, color science, and ARRICAM eyepiece as in ALEXA LF’s EVF-2 viewfinder, allowing optimal judgement of focus, dynamic range, and color on set. In addition, the MVF-2 features a large, 4” flip-out monitor that can display the image or the camera control menu, providing maximum flexibility for different camera configurations. The MVF-2 can be used on either side of the camera and connects via a new, flexible, and reliable CoaXPress VF cable that has a reach of up to 10 m for remote camera operations. It features a refined user interface, a built-in eyepiece lens heater for de-fogging, and a built-in headphones connector. 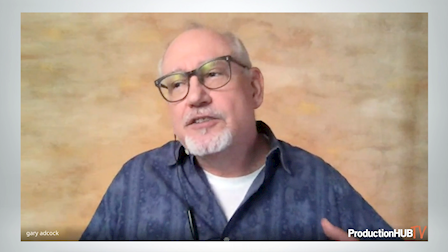 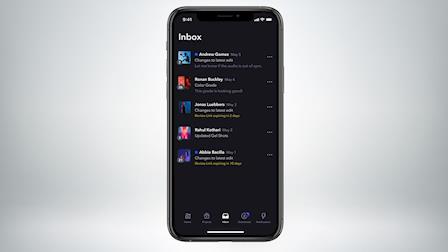 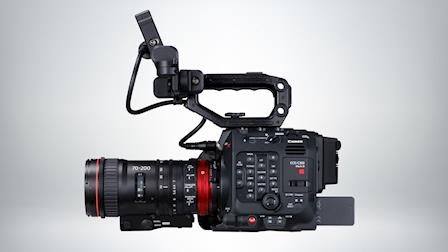 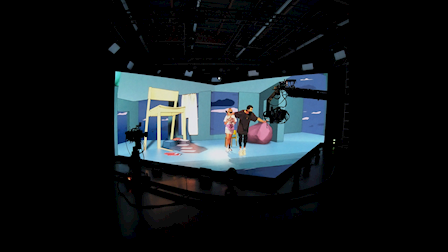 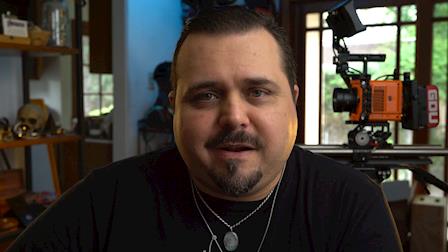 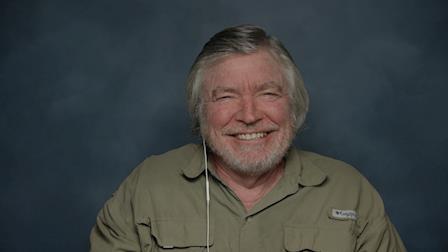 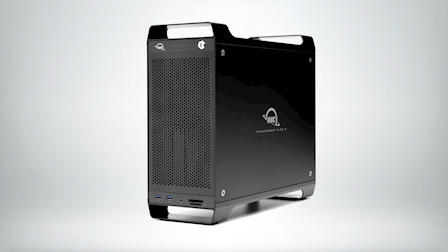 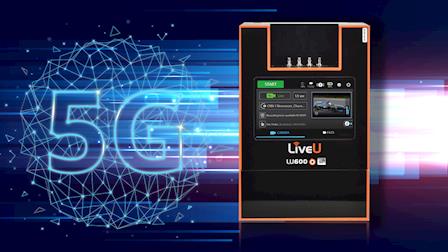 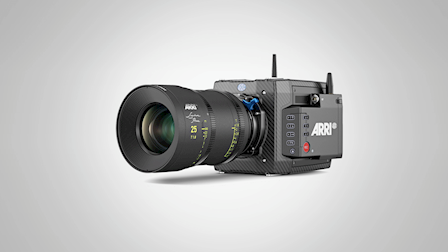 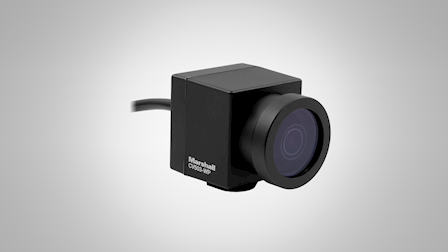 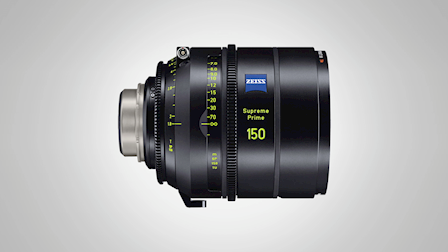 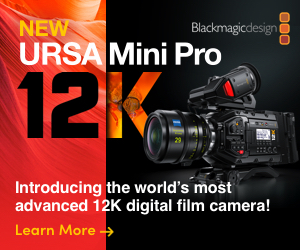